One For the Road... the Rickey 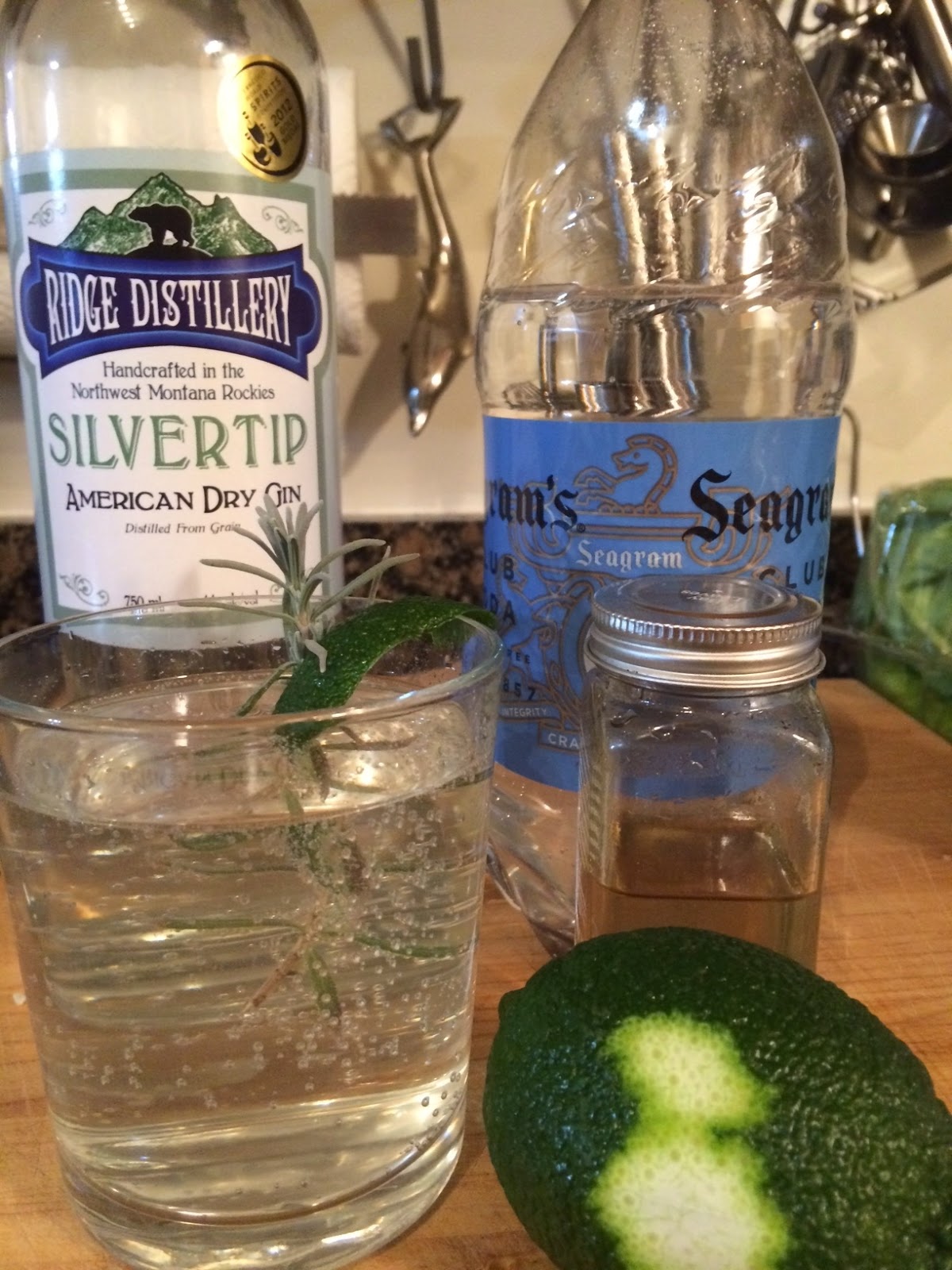 In "One for the Road", one of the guys takes a quick run at a topic for your reading pleasure. Themes will vary, from classic drinks to hand-crafted ingredients and creations of their own, or whatever suits them at the moment. This go around, David presents the Rickey.

Hi all...  after a long, unavoidable time away due to circumstances beyond our control, we're back--just in time for Repeal Day, of course! It seemed like an apt time to stage a comeback--that noble holiday (holiday in our houses, anyway) celebrating the repeal of Prohibition (cheers and boos, in turn) and a return to order and good in the universe.

And thus, without further ado... consider the Rickey.

Most people don't--if you aren't in Washington DC (where it's Our Regional Drink), it's a humble and not-very-well-known drink--but give it a shot. It may not be a glamorous drink, but it is quite a versatile one. It's only two ingredients, when you get down to it--gin and soda water. Exactly like a Gin and Tonic, but without the colonial pretentions.

It's not just a slightly-less-flavorful Gin and Tonic, though. Gin and Tonics have a canonical ring to them--you might mess with the garnish a bit, change up which gin you're using and and buy an upgraded tonic, but otherwise it verges uncomfortably close to sacrilege to add anything else. Rickeys don't have that limitation, which is where the fun starts--they make a great blank canvas for whatever mood you're in and flavors you like.

They share one other quality with the GnT--both drinks have been described as "air conditioning in a glass," and they serve beautifully for that. Which makes it a bit ironic to feature in a December blog post, but I was sitting in front of a roaring fireplace when I thought of it, so there we go. "Winter warming cocktails" can get as tiring as anything else without contrast, and the contrast between the innately cool Rickey and the warmth of the fire can actually be quite wonderful.

For the one I'm featuring here, I used the license afforded to a Rickey, and added a lavender simple syrup to the gin and soda. That's easy to make--a simple syrup is just equal parts of sugar and water heated until the sugar dissolves... since sugar doesn't dissolve easily in alcohol, if you're sweetening a cocktail you use this, which mixes instantly. And like this drink, it's a perfect canvas for anything else you want to flavor it with. Mint? Perfect for Mint Juleps, of course... lime? Rosemary? The sky's the limit, knock yourself out.

For this drink, I made a lavender syrup, and a sprig of lavender along with lime peel for garnish.
The gin I used is Silvertip, from Ridge Distillery... a very small Montana-based distillery (the guy I get this from tells me "this is made by a hippie couple in Montana." And I quote.) It's lovely stuff, somewhere between a London Dry and New World style of gin.

What do those mean... what most people think of when they think gin, is a "London Dry." Heavy on the juniper, which although it's one of many botanicals in the mix is really the only one that hits you, and very dry--i.e. not sweet. New World gins are far more complex, and while juniper always figures heavily in the botanical mix, it's not the only thing that hits your palette anymore--words like "floral" and "vegetal" get tossed around a lot. A bit less dry, and there's a lot more room to play with mixtures and definitions--riffing on my comment above, New World gins are a lot less canonical. The Silvertip is lovely stuff.

The soda water... really, is just soda water. Not much to add there, it's the "Delaware" of cocktail ingredients, for those of you old enough to get the joke, but it does let the flavors of everything else shine through, so you can feel good about using a seriously nice gin without fear that you're doing something horrible to it.

The proportions in the mixture are entirely up to you, your palette, and how rough a day you've had at the point where you start mixing the drink.